Combining years of experience from the digital realm of games with good old fashioned hard work and dedication Mythica Gaming is proud to launch our flagship title Legends of Draxia. Set in the mythical land of Draxia where dragons and other fiends terrorize the night, this action fantasy card game is designed for 2 to 6 players ages 12 and up. An average game takes 20 to 40 minutes to play based on the number of players and their level of gaming experience. The title has been extensively playtested by both gamers and non-gamers alike. It garnered extremely positive reviews in it’s no holds barred 3 day playtest extravaganza at the midwest’s largest anime and pop culture convention – Anime Central. 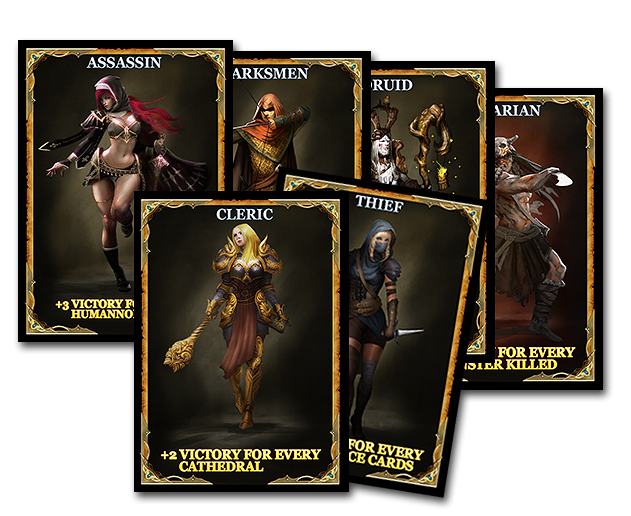 The game is easy to learn but takes skill to master. It begins with players choosing their character and drawing resource cards. With your resources in hand, you can choose to construct buildings, fight monsters or amass an arsenal of spells. Buildings allow you to generate additional resources each turn. Fighting off fiendish foes will reward you with glorious one-time loot bonuses.
Yes, I want to try Legends of Draxia!
Players may use spells to assist in the construction of buildings, the slaying of monsters, or with the proper character can be massive sources of victory points themselves. Character selection can be the difference between a glorious victory and soul-crushing defeat. Each character has a different ability that will help you rack up those oh so important victory points. The player with the most victory points at the end of the game wins!

Legends of Draxia presents players with multiple paths to victory and plenty of meaningful decisions along the way. Whether you’d like to carve a path to glory by slaying monsters, gather resources to build cathedrals, or cast powerful spells, there’s no wrong way to play. With so many playstyles available, a win in one match does not guarantee a victory in future playthroughs. The game offers players plenty of opportunities to figure out what their opponents are up to. At a moment’s notice, you can watch your glorious plan come crashing down, so you must be cautious and not allow yourself to tip off your enemies.
Yes, I want to try Legends of Draxia!

This post is for those who are interested in the lore and history of the Draxian universe which I am creating, The card game we made, the RPG I am writing, and all other Draxian universe games and stories will be based around this setting. It is not necessary to know any of the lore in order to play the card game, but I think it will make a more immersive experience.

Within Draxia there is a low level of magical power that radiates around all things. This magical energy is so subtle it is nearly undetectable. Eventually, the sentient races discovered two properties about this magical energy. First, metals had a reflective property to it, and the more precious the metal the stronger the reflective property was, i.e. copper<silver<gold 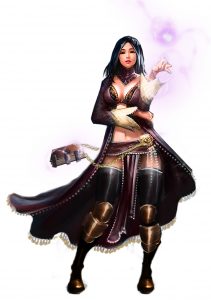 However, there is a dark side to mana. If an inferior metal is used in the production of mana, such as lead, what is produced is corrupted mana. Functionally corrupted mana works as effectively as regular mana, however, its use will begin to twist and change the user over time. The creatures of the night, the undead, zombies and wraiths and all other such beings once were living creatures, but over time and exposure to corrupted mana, they changed into nightmarish forms. Before this was known, many of the most powerful ancient cities in Draxia had created vast mana pools out of these cheaper metals. This
eventually plunged the entire city into a haven of corrupted and twisted creatures.

This is the backbone upon which I will be creating additional content. Eventually, I will finish creating the map of the land, along with a comprehensive list of the types of creatures that exist in the Draxian universe. As I said before, the Legends of Draxia card game requires no knowledge of this post to play, however, the RPG I am writing will use all of these elements in creating and playing a character. I hope you enjoyed learning more about the Draxian universe, I am excited to create more in this setting. To see the latest lore, check out our creator’s blog.

Yes, I want to try Legends of Draxia!

How can I buy Legends of Draxia?

Legends of Draxia is available here, and you should also check out your local game store as we are in some brick and mortar stores as well.

And of course, you can also buy Legends of Draxia merchandise here on our Shop page.

Can game stores purchase Legends of Draxia at wholesale?

Yes! If you run a game store and want to carry Legends of Draxia, send us an email and we will happily discuss wholesale pricing. You can reach us at business@mythicagaming.com

The card game is designed for 2 to 6 players. However, if you want to play more than 6 players, you can take to games, smash them together and play up to 10 people!

We recommend ages 10 and up. However, we have had children as young as 7 successfully play the game.

Learning only takes 5 to 10 minutes. A few rounds of play and you’ve got it! An average game takes 30 to 45 minutes to play based on the number of players and their level of gaming experience.

Will there be an expansion?

We’re working on the second expansion, Monsters of Nairu, which adds a semi-cooperative element to the game. You can playtest it at conventions with us, and see the Monster art on our Shop page. Expansions 3 and 4 will be coming out in the next few years, each adding new characters and new gameplay. Join the Newsletter to keep up with what’s coming out when!