A Background On Corrupted Mana

Hello everyone, today is the second Friday of the month which means I’m talking Draxian lore. Today I will delve into the darker side of magic. As mentioned in the last lore post, magical energy is reflected by metals and can be used to create bowls which concentrate magical energy. When made from high-quality materials, such as silver and gold, the bowls are called mana pools. When a low-quality metal is used, such as lead, the mana created is tainted. Bowls made from low-quality metal are called corrupted mana pools. 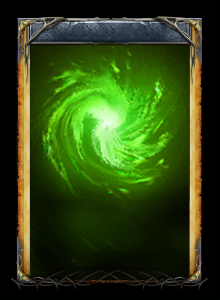 Corrupted Mana Pool
To understand why certain metals have a corrupting effect, it is important to know some Draxian metallurgy. In Draxia there is a mineral called Exium which exists in low concentrations within ore. Exium naturally forms alloys with most metals during the refining process. The notable exceptions to these Exium alloys are the precious metals – copper, silver, gold, and platinum – which remain pure after refinement. When magical energy encounters an Exium alloy the magical energy has a phase shift when it is reflected. The out-of-phase magic has a deleterious impact to anyone who uses it. Thus a mana pool made from inferior metals creates corrupted mana. The corrupted metal alloys will produce different concentrations of corrupted mana. Exposure to the corrupted mana can have a wide variety of effects. Low concentration corrupted mana will cause the creature exposed to slowly change into a mindless undead, such as a skeleton or zombie. If exposed to moderately concentrated corrupted mana, the creature will take on characteristics such lycanthropy and vampirism. Finally, a creature exposed to highly concentrated corrupted mana will begin to exhibit traits of a lich or wraith. Whether intentional or not, the undead creatures of the night in Draxia were all exposed to corrupted mana.
Corrupted mana had a large impact on the human history of Draxia. Shortly after the discovery of how to create mana, the most powerful human cities began what was essentially a magical arms race. Through a desire to both entice citizens to join their city, and ensure they had sufficient mana to fill an ever-growing demand, the most powerful cities began massive mana pool construction projects. Unfortunately, the danger of corrupted mana was unknown. The cities made enormous centralized mana pools out of lead, ignorant of the consequences. Initially, the corrupted side effects were attributed to a plague brought in by immigration. By the time the true source was discovered, it was too late. Within a matter of weeks, the pinnacles of human civilization collapsed. This collapse nearly destroyed human civilization entirely. 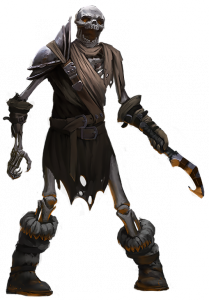 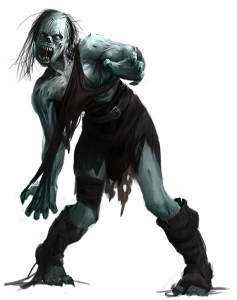 Low concentration corrupted mana will cause the creature to change into a mindless undead.
After hundreds of years, mankind slowly rebuilt and began to flourish again. The ancient cities still remain with undead monsters roaming around and in them. Whereas the ancient human civilization was centered around a large lake in the middle of the continent, modern human cities form a large ring along the ocean coast, as far from the undead horrors as possible. With the ever-present reminder of the dangers of corrupted mana, it is no surprise that every city has strict laws prohibiting the creation and use of corrupted mana.

Want to try Corrupted Mana for yourself? Click the button below to get started!